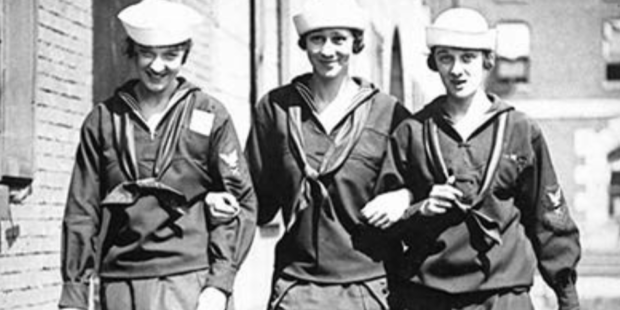 On Sunday November 7 at 2:00 PM, local historian and former President and curator of the Wayland Historical Society, Jane Sciacca, will present a program titled: Three Wayland Women – WWI Yeomen (F), the First Class of Women to Serve in the Military.

Yeomen (F) were the first enlisted women in the US military- the forerunners of all who came later. During the United States’ participation in World War I, Yeomen (F) served as clerks in the Naval Reserve, the only job open to women.  About 11,000 served in navy yards across the United States and three had Wayland ties.  The program explores their service, their dedication, and the difficulties they encountered along the way with a special emphasis on a little-known aspect of Wayland’s role in World War I. Once again this is a joint program sponsored by the Wayland Historical Society and the Wayland Free Public Library. Please register here.  A Zoom link will be sent to those registered.