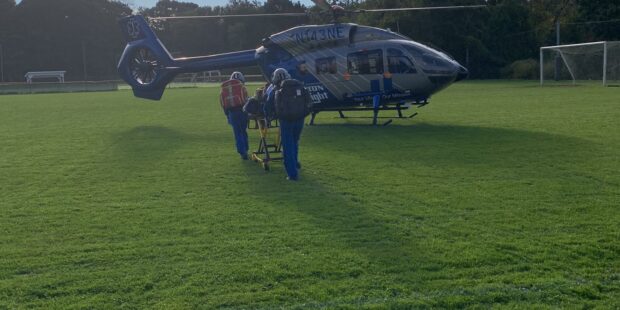 Wayland Patch 10/7/21: Bicyclist Seriously Injured In Wayland Collision. A woman was hit by a driver and seriously injured in Wayland Thursday morning, according to the fire department. The 24-year-old woman was riding along Glen Road when she was hit. Wayland firefighters took her to nearby Town Hall, where a helicopter flew her to Brigham and Women’s Hospital in Boston.

Crews transported a 24 yo female who was struck while riding a bike on glen rd to landing zone at town hall. She was transported to Brigham an Womens in Boston with serious injuries. pic.twitter.com/1OjO8UFcCK